Ohio Gov. Says Schools that Don't Reopen Soon May Not Get Vaccines 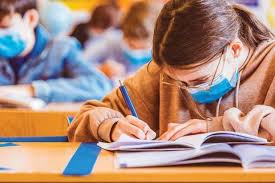